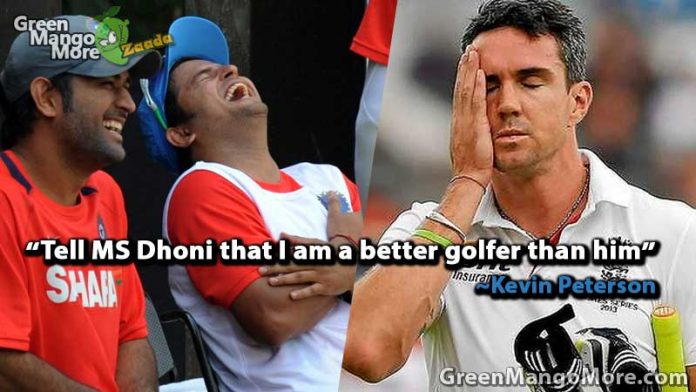 During the IPL match between Rising Pune Supergiant and Mumbai Indians, Manjo Twari was chatting with Kevin Peterson. Kevin was in fun mood, so decided to take a dig on MS Dhoni who was standing next to Manoj Tiwari. The whole conversation went like this:

Kevin Peterson: Manoj just tell MS that I am a better golfer than him.

Just Hit the RT button if you loved this.
#RPSvMI #IPL #msdhoni pic.twitter.com/cFG5lwq4QO

Dhoni usually don’t bowl but in 2011 in a test match against England, He did over for Indian team because Zaheer Khan went out after a torn hamstring and on his over he got the wicket of Kevin Peterson.

And this is that epic moment when MS Dhoni took the Kevin Peterson at Lords Stadium.