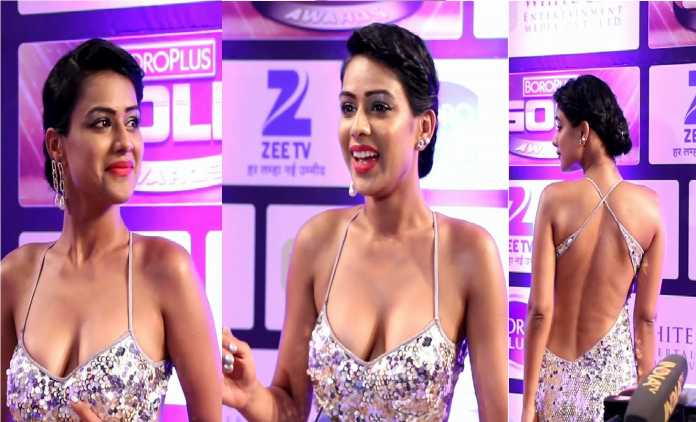 Well, I hope you all know that Deepika Padukone beats Priyanka Chopra to become sexiest Asian woman. But did you check out the whole list? If not, you should! Because it has another surprise.

Do you know who has beaten Katrina Kaif, Alia Bhatt and Sonam Kapoor to become 3rd sexiest Asian woman? The 26-year-old, Sharma, shared a picture on her social media handle. She shared the picture with her fans on Instagram. As a matter of fact, she was on the sixth position on last year’s poll by the British paper.

She told Indian Express, how it is a big deal for her and that until now, people might not have heard of her. About TV stars and their dressing sense she said,

“TV STARS DON’T KNOW HOW TO DRESS UP AND THEY HAVE TO HIRE A STYLIST. THIS IS TRUE TO A GREAT EXTENT. THAT’S WHY I GO OUT OF MY WAY TO EXPERIMENT. SOMETIMES I HIT THE BULLSEYE, SOMETIMES I MISS.”

Let’s have a look at her stunning pictures:

And this dress though!

The Game of Lipsticks!

‘Game of Lipsticks’ Lipstick be dark, not the soul💁

And her lipstick game is so on point!

Bring me back to lifeee🙂

And I love her outfit too!