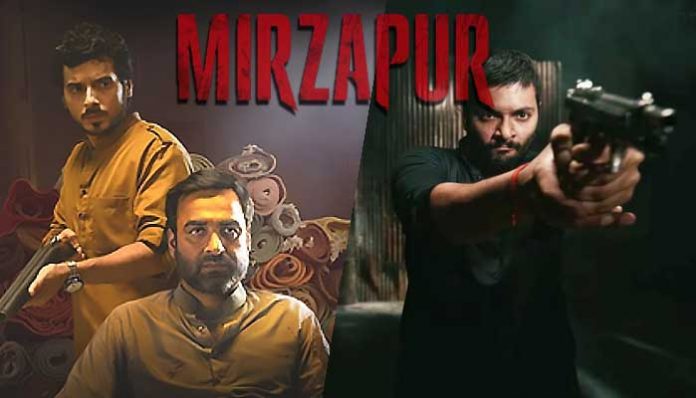 Amazon’s Mirzapur made its place in viewer’s heart with its tight script, strong set of actors, and an intriguing story. The first season of Mirzapur showed the city’s ‘Baahubali’ Kaleen Bhaiya and his struggle to maintain the power he inherited from his father. Kaleen Bhaiya’s son Munna is threatened with the arrival of Guddu and Bablu and goes to extreme measures to have an upper hand with them.

Now, that the season of the show is announced to be released on 23rd October 2020, here are five reasons why fans are eagerly waiting for the show’s second installment:

The first season left Guddu bhaiya pretty much at a miserable state of affairs, with his pregnant wife and brother Bablu being killed by the hands of Munna. The teaser for the second season shows Guddu walking with a crutch and saying that they (Munna and Kaleen) should not have left him alive after taking everything from him. Fans are waiting to see how Guddu bhaiya will claim his revenge.

What Will Happen to Beena Tripathi

In the final episode of the first season of Mirzapur, Been Tripathi, wife of Kaleen Bhaiya, was caught by Kaleen’s father cheating with the house servant. Kaleen’s father made him do some awful things and the Beena’s last seen shows her pulling out a gun. Will Beena use the gun to kill off Kaleen’s father or will she commit suicide is what remains to be seen.

What happens to Guddu and Bablu’s parents

Guddu and Bablu’s father has been shown to be an upright lawyer from the beginning of the season who hates the fact that his sons have joined forces with Kaleen Bhiaya. Nevertheless, Guddu and Bablu’s mother seems to be on their side. Now that Bablu is dead, it would be interesting to see what changes it brings in their character regarding Guddu. Will they help Guddu take revenge or will they stop him in the fear of losing another son.

The last episode of Mirzarpur shows Munna being stuck between gunfire at Lala’s house, where he killed Guddu’s wife and his brother Bablu. Although the sole heir of Tripathis and Kaleen Bhiaya’s legacy, Guddu remains alone as he himself had to kill of his best friend, compounder. Fans are eager to see what happens next to Munna.

Mirzapur season 2 is sure to introduce new characters and new storylines from different character arc. The son of Ratishankar Shukla, for instace, might want to avenge his father’s death. We might also see some background story of Maqbool, Kaleen Bhaiya’s right hand. Moreover, a few new characters are also expected to make their entry into the guns blazing world of Mirzapur.

After Ice Bucket Challenge, #CondomChallenge is Getting Viral