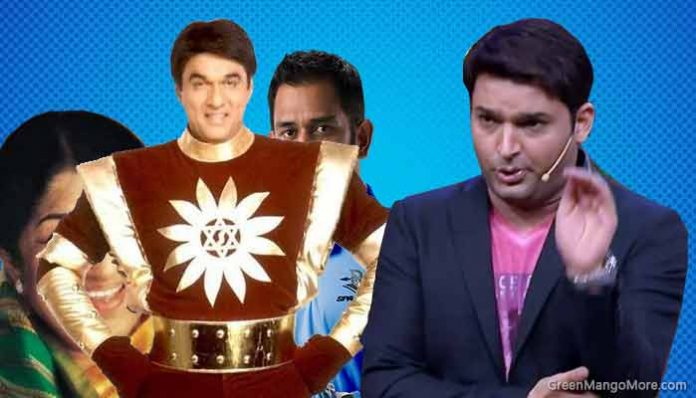 The Kapil Sharma Show is one the most entertaining show on Indian television hosted by Kapil Sharma himself. Kapil Sharma show manages to get in the list Top 10 TRP show every month in India.

Kapil Sharma is having a good relationship with the people of both the Indian Television industry and Bollywood. Even after having his friendly behavior and always making people laugh attitude, some popular celebrities refused the invitation from The Kapil Sharma Show.

Here is the list of six people who said no to the Kapil Sharma Show:

Recently Mukesh Khanna was invited to show for Mahabharat Reunion. All the actor played the major role attended the show except The Bhishma Pitama. Mukesh Khanna said ” I do not think there is a worse show than this. This show is full of fuhadpana, full of double-meaning words, taking a turn towards vulgarity with every moment. In which the men wear women’s clothes, do cheap things and people laugh, holding their stomachs”.

Rajinikanth is undoubtedly the biggest star of India and will be an honor for Kapil’s show to have Rajnikanth on their stage. Reportedly Kapil Sharma sent him the invitation many times but it never got accepted.

Lata Mangeshkar, also known as the queen of melody is a pure gem of India. Kapil Sharma also sent the invitation but it got rejected because of her health issues.

Aamir Khan aka Mr. Perfectionist also get the invitation from the popular Kapil’ show but unfortunately, Aamir does not believe in promoting films on any TV show as other film star does.

We have seen many popular Indian and foreign cricketers on The Kapil Sharma Show including Sehwag, Harbajan Singh, Shoaib Akhtar, Wasim Akram, Chris Gayle, and many more. Current Indian captain, Virat Kohli also visited the show but we have never seen the former captain MS Dhoni on this popular show. It is because of his all-day busy schedule.

The God of cricket, Sachin Tendulkar also got the show’s invitation but it never turned positive because of the busy schedule of the Master Blaster. Even after insisting on the former judge of the show Navjot Singh Sidhu, Sachin couldn’t make it to the show.

Sunil Grover Is All Set To Come Back With Some Old...