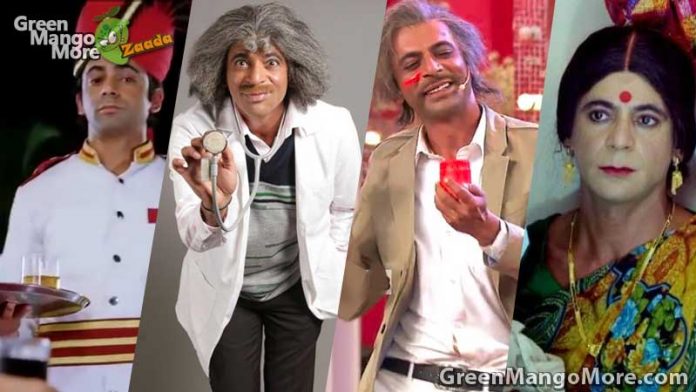 Sunil Grover started his acting career from a Bollywood movie Pyar To Hona He Tha as a Barber which was released in 1998 to The Kapil Sharma Show and still going on. This 40 year old comedian has done some noticeable act in his log career. Here are some videos of Sunil Grover’s Best performance that will make you laugh any time.

As fake Sanjay Singhania in Ghajini,2008

As Dharmendra in The Kapil Sharma Show

As Dr. Mashoor Gulati in The Kapil Sharma Show

As Gutthi in Comedy Nights With Kapil

and many more like Vicky Chaddha (Arkestra Guy), his negative role in Baaghi movie, As a police officer in Gabbar is Back. He always come up with a new character and make it hit with his talent. Since he left The Kapil Sharma Show and he is planning to come alone, lets see which new character he will bring for his fans.