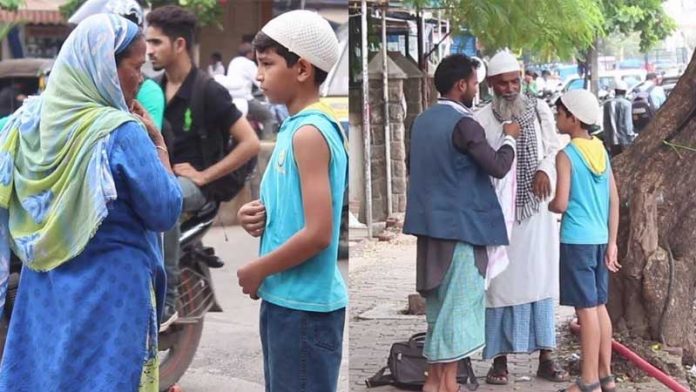 A small Muslim boy went on the roads asking random people to help him getting food. Ramzan is going on and most of the Muslim population do Roza(Fast) in the whole month of Ramzan. This kid said the same thing to these strangers, that he haven’t eaten anything in whole day and he is hungry right now.

Some of them offered him food some of them explained the meaning of Roza and Ramzan. The reaction of people were shocking.

Watch it here, Muslim boy asking for food during Ramzan: