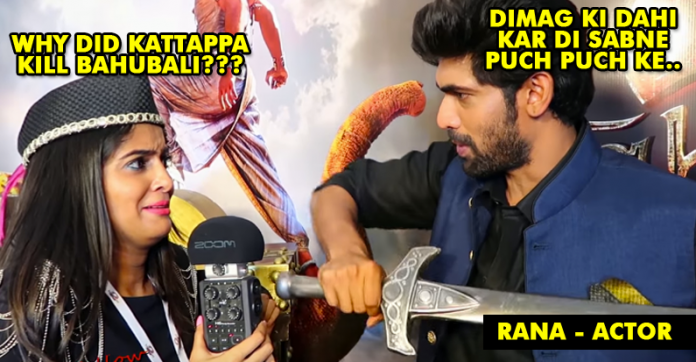 Why did Katappa kill Baahubali? This question became a national issue after the first movie got released. Everyone wants to know the reason behind this huge step taken by the Katappa in the first part of Baahubali. Since the gap between 1st & 2nd part was of 2 years, So the curiosity level became huge.

A popular youtuber, Ankisha aka Riksha Wali got a chance to ask the same question to the star cast of Baahubali. She asked it to Prabhas, Tamannaah, Anushka, Rana, SS Rajamouli and this is what they replied to Riksha Wali.

Watch it here, Baahubali Star cast on “Why did Katappa kill Baahubali?”:

You can watch more videos of Riksha Wali on her YouTube channel. Stay with GreenMangoMore for more entertainment feed.

These Pictures of Catriona Gray Proves That She Deserves Miss Universe...

#SanskariJamesBond: CBFC and James Bond Get Trolled on Social Media