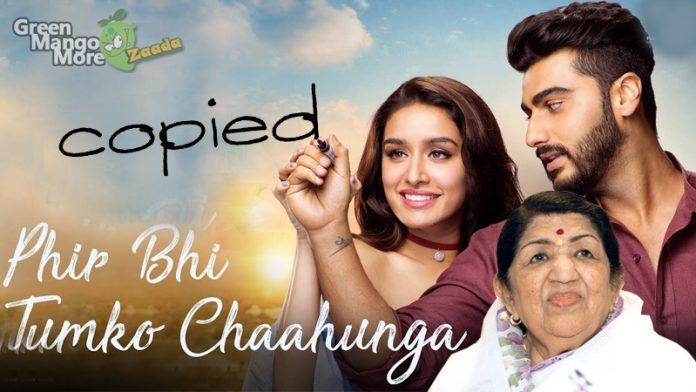 Recently released Half Girlfriend’s movie song, ‘Phir Bhi Tumko Chaahunga’ got more than 25 Million hits on Youtube. But here is the truth, the music of this song was originally used in 2001 released Zubeidaa titled as ‘So Gaye Hain’. The song was sang by Lata Mangeshkar.

Don’t know when Bollywood will stop using old songs for their movies and start making their own original songs.