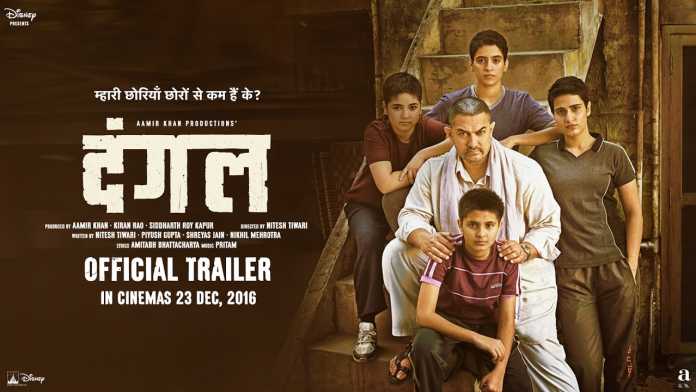 We all know Aamir Khan is an amazing actor. And Dangal is surely one such movie. It is not me who is saying so. It is the people who just loved the movie. Aamir Khan is actually Mr. Perfectionist! And he proved it with Dangal once again! Let’s check out how much people loved Dangal:

This is what Salman has to say

My Family saw #Dangal today evening and thought it was a much better film than #Sultan. Love u personally Aamir but hate u professionally ! pic.twitter.com/sJlDG7u95c

#Dangal is a beautiful film which will inspire millions of the girls in Asia. It will educate ppl who don’t consider girls equal to boys.

And the new ones also loved it

Dangal girls stole my heart while inspiring me at the same time.. Fatima, Sanya, Zaira, Suhani you are amazing!! ❤️❤️ #Dangal

This is what Yami has to say

Very rare one would come across a movie which is above any review, ratings & these 140 characters.. that’s #Dangal

We can’t doubt him!

Anil Kapoor loved it too!

#Dangal was an emotional experience for me. Even today, a father’s struggle with society & self for his daughters is very real…

What a film #dangal is !!! Such an important event for the women & sports in our country @aamir_khan inspires us again, spellbound & in awe.