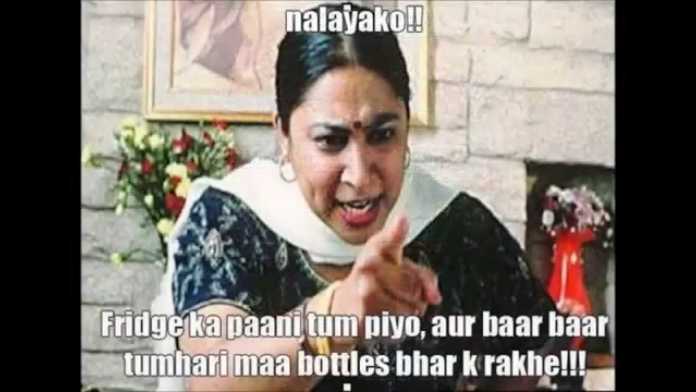 Mothers are awesome but they automatically become most awesome if they are Indian mothers. Our mothers actually have some kind of super power in them. They can slay you just with their words. Basically, they are queens of sarcasm, quick wit and how can we forget about emotional blackmailing. If you have an Indian mom consider yourself lucky because you will not be feel ashamed of anything.

Want to know the reason why?

Because she brings you to that level of shamelessness by making fun of you with her sarcasm that you completely forget about the word “SHAME”.

Well, let’s have a look at these Indian mom tweets that every Indian Kid can relate to:

Because their logics are bit quirky.

So my mom thinks me not wearing earing makes me a boy and I won’t get married ever. 😅#mummykalogic#indianmom

Shaadi is their biggest concern!

If Logan had been Indian

*Sits in the corner till the rap stops*

Even Eminem can’t rap as fast as my mom when she’s mad at me. #mallurapgod#indianmom

Because machines can’t do what hands can

Me: Mom it’s TINDER nor TINDA
*Gets a flying chappel with speed of 190 km/h and cries in the corner*

When your mom asks you to join “Tinda” so I can find my own ahem, life partner! ROFL. #indianmom

Okay this is how she emotionally destroys us but I can’t watch her crying.

10 bje is the DEADLINE

I wish I had a better word than impossible!

It’s impossible to lie to my mom coz she is like “Kasam kha mere sacch bol rhi hai” then I have to tell her the truth.#Indianmom

10 Photos That Proves No One Can Beat Indians in Terms of JUGAAD! – Life hacks By Indians